Our mission is to assure that our trips on the Selway River and the Salmon River results in your full enjoyment of the beauty and wilderness values of this very special part of America. SOAR Northwest is run by an experienced team of river running professionals. We have a strong history of safety, quality, and integrity as a premier outfitter on the Selway and Salmon Rivers in Idaho. Our boating and camping equipment is state of the art. Our culinary style is both hearty and healthy. Rivers are our passion and we have set a standard for the 6 day trip. We would be honored to share these amazing journeys with you.

SOAR Northwest is a family owned and operated outfitting company based in the great state of Idaho. Ari Kotler assumed control of the business in 2010 and take great pride in developing relationships and personal connections from reservations through the entire expedition.  Ari is an active guide on the river setting a bar for professionalism and attention to detail.

The guides at SOAR Northwest offer integrity, professionalism, and maturity.  Safety and experience are the first priority yet each guide offers their own wisdom and knowledge of the Wilderness, geography and history of these great rivers. 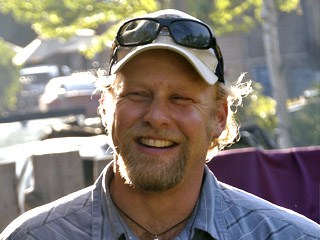 Ari has been guiding Class I-V rivers since 1992 throughout the United States and abroad. He started guiding on the Selway and Salmon Rivers in 2006. His trip leading experiences on a variety of technical and large volume rivers as well as working for various successful river outfitters provides a background well suited to guide and manage an effective and efficient operation. He is passionate about the river and sharing this love with others. Aside from boating, Ari enjoys his roles as father, friend, and active community member.

During the off season Ari is involved in real estate rentals and philanthropy. Outside of rivers, hockey is his wintertime passion and in 2005 he developed a Non Profit 501c3 committed to developing a community ice rink in Victor, Idaho. This project is a component of the Teton Valley Foundation. It has been a tremendous asset for Teton Valley Idaho and continues to thrive and grow.

Currently, Ari serves as River VP for the Idaho Outfitter & Guide Association (IOGA). He is committed to serving the greater river community, developing strong relations with the agencies involved, and protecting access to our rivers and wilderness.

Ari & Daisy Kotler live in Victor, Idaho during the winter months and transition to Hamilton, Montana during the river season. 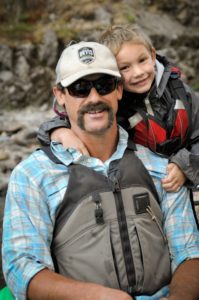 Shane is an Idaho native, born and raised in the Palouse region of Northern Idaho amidst a mixed landscape of agriculture and canyons on top of the Clearwater River Breaks. He now calls the region surrounding Salmon, Idaho ‘home.’ He graduated in 2008 from the University of Idaho in Moscow, with a degree in Civil Engineering, Mathematics, and Outdoor Recreation Leadership. Shane began guiding multi-day Wilderness trips out of Salmon in 1999 and has been doing so professionally ever since – he is certified as a Wilderness First Responder as well as a Swiftwater Technician.  He is the proud new father of Zane, born during the exact hours of Idaho’s first and most significant hydrograph peak in 2011, with the Selway spiking to nearly 30,000 cfs! Zane was also born during the 75th anniversary of Captain Harry Guleke’s famous National Geographic-sponsored scow expedition down the Selway’s sister-river, the Main Salmon. Shane was lucky enough to assist in the first scow expedition down the Main Salmon in over 20 years, in commemeration of this 75th anniversary.  Shane’s passion in recent years has been skiing powder during the winter time while running high-water Wilderness adventures in the spring time. His passion in guiding has developed into a quiet study of the total interconectedness within our natural environs. He looks forward to sharing the Selway River with you, and to continuing his adventures along with his son Zane. 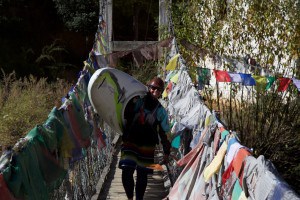 Orea was introduced to whitewater rivers in 1986 during a week long pre-college trip. While in college she became a whitewater kayak and canoe instructor and she began guiding rafts for a summer job in the Southeast. Eventually free from college she headed to the Gauley to guide the fall season and then went farther afield to Chile to safety kayak on the Bio Bio before it was dammed.

Wanting to expand her skills and learn to row she headed to California to run dozens of rivers from class III to class V.  In between California seasons she headed to Nepal to run long multi day whitewater trips and for extreme weight loss. Enjoying longer trips she gravitated to the Southwest and began guiding on the Colorado River through Grand Canyon.

The past few years she has gotten the traveling bug again and has guided in the Northwest in Oregon and on the Selway & Salmon rivers of Idaho.

Any day spent on the river is better than the best day off the river. She loves cooking gourmet meals, sleeping under the stars and long walks along the beach. 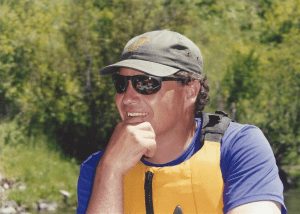 Mike is Canadian born from Calgary, Alberta and grew up in Tacoma, Washington with a brief 5 year move to Alaska as a young teen. Mike now resides in Boise, Idaho and has lived in Idaho since 1981. Mike is married to Theresa and together they have two children in their mid-twenties who have since graduated from university and launched their own careers.

Mike is a graduate of the University of Puget Sound and has a long career as an outfitter and guide co-founding Northwest River Company in the early 80s on the Middle Fork of Salmon and the Selway. A few years later, Mike and his partners acquired Maravia, a US manufacturer of river rafts, and moved Maravia to Boise Idaho. While at Maravia, Mike’s roles included VP of Sales and President.

In 2000, embarked on a new career with Hewlett Packard traveling the world and enjoying the challenges working for a Fortune 50 company. In 2015 Mike retired from HP at a young age to embark on a new career with a small technology company covering Sales and Business Development.

Throughout these years, Mike has continued enjoying river running and has been working for SOAR Northwest as a guide for Ari and team on the Selway. Mike has a deep tie to the Selway and feels at home on the oars running whitewater or chasing the elusive Western Slope Cutthroat. Occasionally you will see Mike providing sage advice to the younger guides on Ari’s Selway crew! 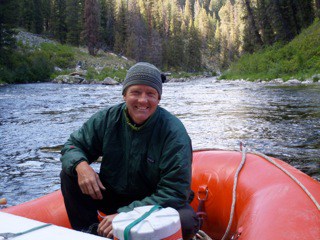 Joe began guiding in 1986 on the Tuolumne River in California. In following years he guided and kayaked more extensively on Class III to V rivers in California, Oregon, Idaho and in Chile where he worked videotaping the last full rafting season on the now inundated Bio Bio River. Joe has also worked for the Colorado Outward Bound School and Yosemite Institute, sharing his love of the natural world with young people. In recent years he has begun capturing the beauty of flowing water using submersible digital video cameras with his project Healing Waters: a DVD being considered by Duke University’s integrative medicine facility for use in its oncology department. 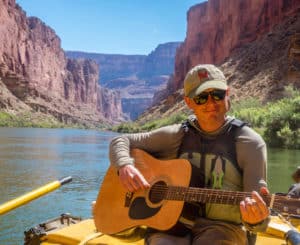 Andy is a Montana native, born in the Bitterroot valley. He now calls Missoula home base during the off season and between river trips.  Andy began rafting on the Middle Fork of the Salmon River in Idaho, where he still works trips when not guiding on the Selway. He has spent most of his guiding career in Idaho, but also guides on the Colorado River through Grand Canyon in the spring and fall. Andy has also guided internationally, in Nepal after finishing college, and most recently in Ethiopia on the Blue Nile river.

In the off season, Andy works as a full time ski patroller at Montana Snowbowl, and skis with his dog, Dani,  every chance he can get. 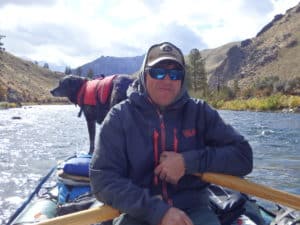 Adam grew up on the ocean in the state of Maine. His family ran a commercial lobster boat. In 1998 his passion for water took him into Northern Maine and West Virginia guiding whitewater rafting trips. Eventually he headed west for the desert and started his multi day career on Cataract Canyon, San Juan, and Yampa rivers. He has spent over a decade guiding, fishing, and running whitewater in the Bob Marshall Wilderness of Northwest Montana. His current summers are spent on the world class rivers of Idaho. Never a dull moment on or off the river as he is constantly searching for scat, tracks, and animal habitats. He is most at home on the river and in the outdoors. He currently resides near Glacier National Park. During the winter you can catch him snowmobiling, skiing or grooming the trails at Whitefish Mountain Resort. He loves cooking and food freedom in his off season away from the river and working on his never ending project of building on his property.

I have lived, explored, and worked the rivers in many regions of the United States for over 30 years. I attended the School of Hard Knocks and cut my teeth near Great Falls on the Potomac River, learning how to kayak and discovering my passion for rivers. Later, I graduated with a BS in Outdoor Recreation from Ohio University. From there, I have followed my love of whitewater around the country, working on the Ocoee, Androscoggin, and Gauley rivers in the Appalachians. Then out west on the Snake, Main Salmon, Middle Fork of the Salmon, and, finally, the creme de la creme of the U.S. : the Selway. I am the proud father of 4 daughters, and lucky enough to have a wife who can understand and support me in all my passions of this life. I look forward to the chance to share my love of rivers and the Selway with you. 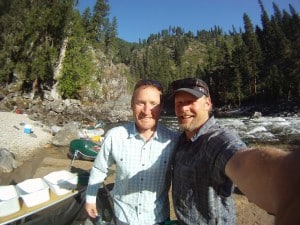 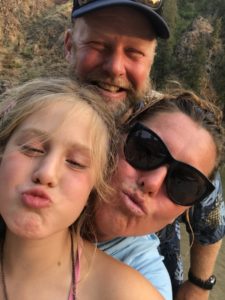