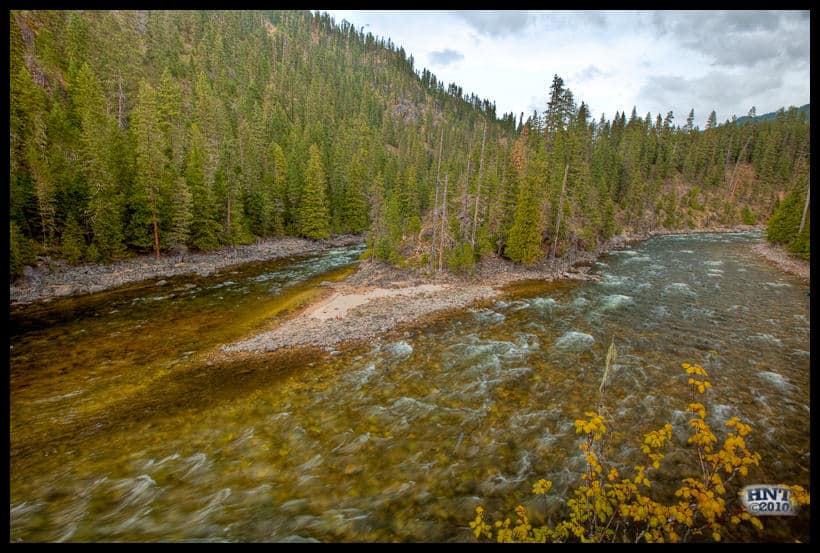 The following is an excerpt taken from Oregon Fly Fishing blog detailing a trip down the Selway river.

Any trip on the Selway river means some of the most pristine wilderness boating in the lower 48, and this run on May run was no exception. What was exceptional was the spring storm which blew through much of the Bitterroot range in the 24 hours prior to our launch, dropping a foot or more of new snow at on the Nez Perce pass between Darby, MT and our put in at Paradise. Not the most heartening experience, waiting for the shuttle drivers and obsessively running through a mental inventory of your warmest gear. Our shuttle drivers have a business built up around handling such conditions, however, and they run these specially modified, early 80’s Tacomas, neither driver nor tire fit for paved road. They had already come through once with chainsaws to clear out all the downed lumber (“Pretty wintery up here last night,” was, I believe, the only thing our driver said on the two hour trip).

So, the caravan of jalopies trudged through, up, and over, and we arrived at Paradise on time, river time, threw our boats and gear together, and pushed off.”