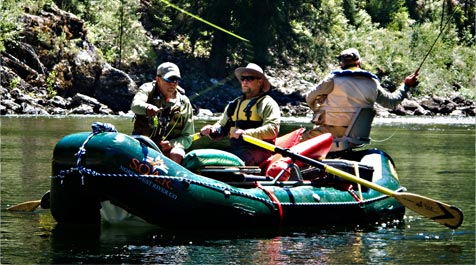 Wildlife viewing, abundant hiking, pristine fishing habitat, clear water and scenic campsites are all part of the Selway River adventure. The Selway River has one of the most regulated use levels of any river in the lower 48. During the permit season only one group (private or commercial) with a maximum of 16 people are allowed to launch per day. These attributes have made the Selway River Wilderness Run a coveted experience and truly one of America’s premier treasures.

We float through 47 roadless miles on our Selway River Adventure. Nez Perce Indians passed through the Selway Bitterroot Wilderness on their way to hunt buffalo on the Great Plains. The famed Lewis and Clark Expedition passed nearby in 1805. Five original homesteads have also contributed to the history along the river’s corridor. Our trips honor and acknowledge both the human historical perspective as well as the natural beauty of this amazing area. 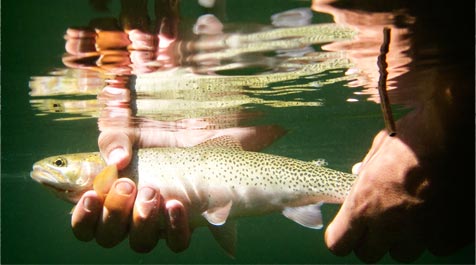 As a result of the Wilderness Act, the Selway Bitterroot Wilderness remains intact in much of its character. Steep canyons with dense stands of pine, fir and cedar trees abound in the wilderness. Large groves of cedar rise over 100 feet right from the river’s edge. Huckleberries, ferns, knickknick, yarrow, wild geranium, and beargrass are common ground cover. Dogwood, clarkia, syringa, and balsam root are a few of the magnificent wildflowers and shrubs that will delight the senses. The mountainsides and canyon walls are mosaic shades of green, revealing the history of past fire activity. Deer, elk, moose, bighorn sheep, black bear, otter, eagles, osprey, owls, wolf, and native westslope cutthroat thrive in this protected area. The Selway River is a spectactular adventure.